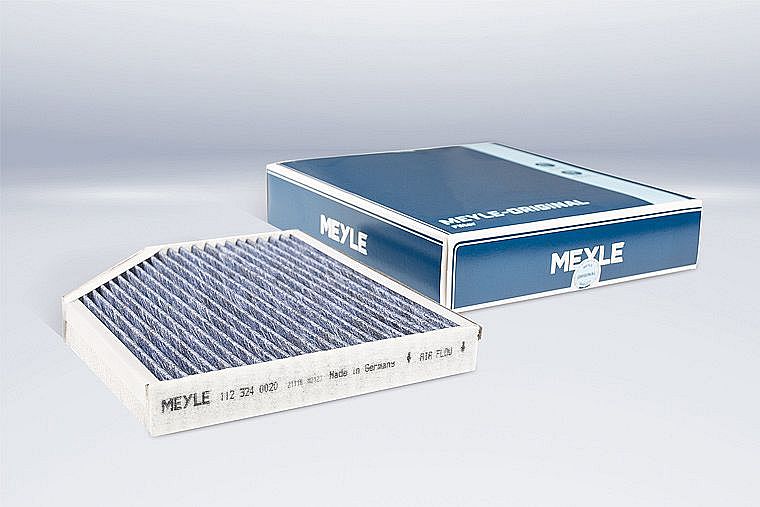 MEYLE strengthens their extensive range of particle and activated carbon cabin air filters with a third specification: An additional filter layer enriched with silver ions provides the new MEYLE-ORIGINAL cabin filter with an antibacterial function and thus clean air in the car. Increasing air pollution exposes drivers and occupants to dangerous particles such as soot and harmful gases such as ozone when driving - air pollution caused by allergens, bacteria and fungi, which can form in the filter, further increases the health burden. While the MEYLE-ORIGINAL particle and activated carbon filters already filter out harmful gases, soot and pollen, the new cabin air filter also actively protects against bacteria and, thanks to its fungicidal effect, against the development of mould and fungi.

With a third filter specification, MEYLE offers another solution for even cleaner air inside the vehicle: A special coating on the new biofunctional MEYLE-ORIGINAL cabin filter ensures that the driver and occupants are not only protected from dust, pollen, soot and gases, but also that bacteria do not enter the cabin. The fungicidal effect of the silver ion layer also prevents the development of moulds, which can additionally strain the airways of the vehicle occupants and cause allergic reactions.